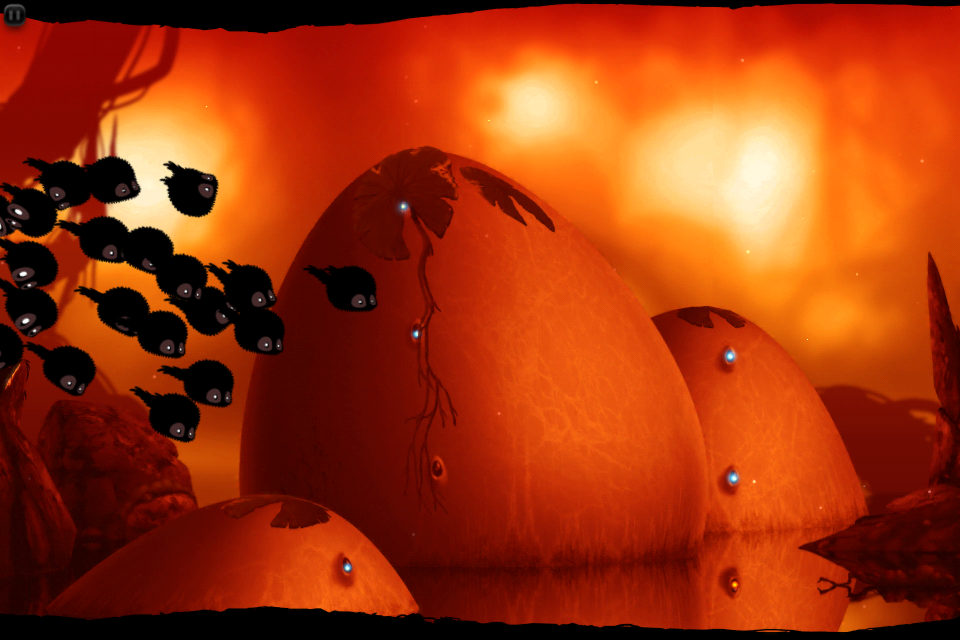 1. Think: the dark humour of Lemmings meets the aesthetics of Limbo meets the controls of Jetpack Joyride.

2. Badland is a simple creation. Your creator is on the lefthand side of the screen. It's like a hairless doll's head (like the spider thing in Toy Story) with little bat wings that are far too weak to carry it competently. Holding to fly upwards; release to fall downwards. Forward momentum is automatic. Your only goal is to get to the end of the level before the auto-scrolling screen leaves you behind.

3. Holding the screen to fly up feels counterintuitive when the action you are performing is flapping wings. It feels like you should be tapping repetitively. I'm clearly not the only person who feels like this. After struggling with the first few levels, I went to the in-game help where it explicitly tells you that you shouldn't be tapping—like the creators knew that is what the player would naturally do. Which begs the question: why didn't they just do what feels natural?

4. There are puzzles, in a sense, but hardly any. There are 'points', in a sense, but they don't really matter in any meaningful way. Badland is one of those precious few iPhone games which simply exists to be experienced, to just get to the end, to just see it happen. Forget high scores or challenging puzzles.

5. As you move through each world there are pickups. Some make you faster, some slower. Some make your doll-head-bat character grow in size; some make it shrink. Some, significantly, create clones of your character. Some create a lot of clones. The closest the game has to points is the number of clones that make it safely to the end of the level.

6. The thing is, you can't control the clones. Or, rather, you can, but they are all controlled by the same input, but they are not all in the same space. So safely guiding this creature around boulders means those other ten are going to fly directly into a buzzsaw. You can't save everyone.

7. Sometimes the sheer number of clones are their own downfall. A scene: there are five clones flapping flaccid across the screen. You accidentally pick up a series of powerups that make each of them grow as the passageway narrows. Suddenly, you have five oversized dollheads all jammed into a small tunnel, and none of them can move. You tap and they just flap and their eyes open wide and then they are eaten by the side of the screen.

8. In Badland, your character is pathetic. They are so pathetic. They flap and fall and rise because their wings are too small. They bang into pipes and thud into boulders. The splat themselves on buzzsaws and squish themselves in tunnels. They are stupid, like lemmings. It's a dark, sadistic game, where most of the satisfaction of playing is just in trying to move this bloated, pathetic little creature through this bad land that hates him. 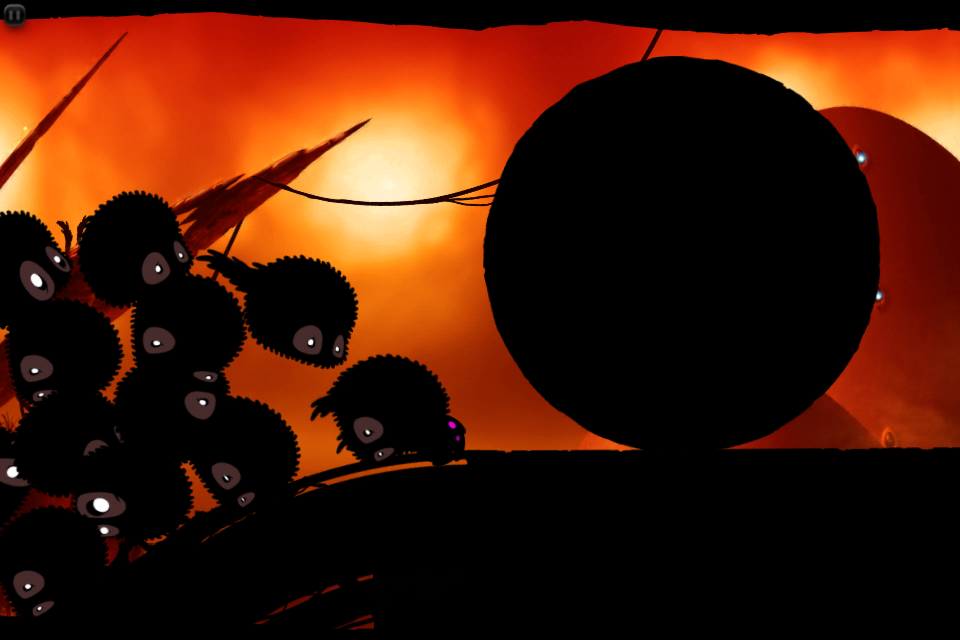 Posted by Brendan Keogh at 1:17 AM

Agree but it is addictive

As you move through each world there are pickups. Some make you faster, some slower. Some make your doll-head-bat character grow in size; some make it shrink. Some, significantly, create clones of your character. Some create a lot of clones. The closest the game has to points is the number of clones that make it safely to the end of the level. bedsheets buy online , premium bed sheets , queen size fitted bed sheets , bridal bed covers , cotton duvet sets , vicky razai factory address , sofa cover sofa cover , velvet duvet cover , cotton razai cover , bath towels set