Well that was a quick and hectic month. Here we are again with a roundup of the last month's worth of writing.

To start with, the second game I chose to cover for my A Sum of Parts column at Gameranx was Bulletstorm. I think I kept a pretty good balance of really specific topics and slightly broader topics across these four pieces. To begin the month, I first looked at how Bulletstorm is a self-aware murder simulator in the way it asks the player to kill creatively. Following this, I looked at some very specific moments of the game that I consider as interactive skits that tell jokes to the player that the player is also the butt of. Then I looked at the role of alcohol in the game and the various levels on which it causes a schism between mind and body within and around Bulletstorm's play. Then, finally, I looked at the game's skillshots and what I (perhaps too broadly) called the gamification of videogames. What I wanted to explore with this last piece was the weird, contradictory, dualistic nature of points. When we play a game, we want to get as many points as we can, but at the same time, we don't choose to play that game solely to get points. Points are both the point of playing the game and completely beside the point at the same time. The fact I am trying to justify it in this paragraph should suggest that I am not as confident with this final piece as I perhaps should be. A surprise head-cold kind of limited the amount of time I got to spend on it, and I don't think my argument is as sound as it could be. Perhaps I should've spent less time talking about 'games' and more time just talking about Bulletstorm. This column is meant to be about specifics, after all. Still, I think it allowed me to wrap up the month well, noting as it does that all the components of the game I looked at motivate and exploit the player in equal parts.

Over at Unwinnable I wrote a few pieces this month that I'm really happy with, too. After watching a really interesting episode of M*A*S*H filmed entirely from a single first-person perspective, I wrote about that episode and how we embody space in first-person videogames. This week, meanwhile, is Unwinnable's theme week of the month, and this month that theme is The City. I took this opportunity to write about the absolute best level of Sound Shapes: "Cities" by Beck, and what that level says about the nature of all cities. I also wrote about the iOS game 10000000 for the sole Pocket Treasures column of the month, if you are into that thing. It sure has been slow-going with iOS games these last few months.

And, at Games On Net, my two You Know What I Love? columns this month are about Ledge Grabs and Music, Visualised in Games.

Meanwhile, the August edition of the Ctrl+Alt+Defeat zine is a really strong edition produced in affiliation with The Border House. I have an article in there about the role of allies in fighting sexism and discrimination more broadly in gaming culture. It's kind of a follow up post to the fallout from my videogame rape culture blog post, and it's kind of more than that, too. There's also some other really phenomenal writing by the likes of Mattie Brice, Scott Juster, and Denis Farr in there that I strongly recommend reading.

And that's about it for this month. At least, that's it for the internet. If the Australians among you are yet to pick up a copy of Hyper #227 (with Tekken Tag Tournament 2 on the cover), I have a story in there comparing DayZ to Cormac McCarthy's The Road, alongside an awesome interview with DayZ's creator by the one and only Katie Williams. And, in #228 which is released today (with Assassin's Creed 3 on the cover) I have a review of Dyad.

Apart from that, you might be wondering how that long form Spec Ops: The Line thing I said I was working on is going. Well, I've finished a complete first draft and done a precursory edit, and it is sitting at just over 40,000 words. I'm cautiously optimistic that it might actually be something worth reading, but to make sure, I have a couple of people reading it for me as we speak, so that I can get a second and third and fourth opinion before I make a fool of myself with it. After that, I will do another edit, add some images and format it into something presentable, and hopefully have it released and readable sometime in September. Hopefully!
Posted by Brendan Keogh at 4:56 PM 37 comments 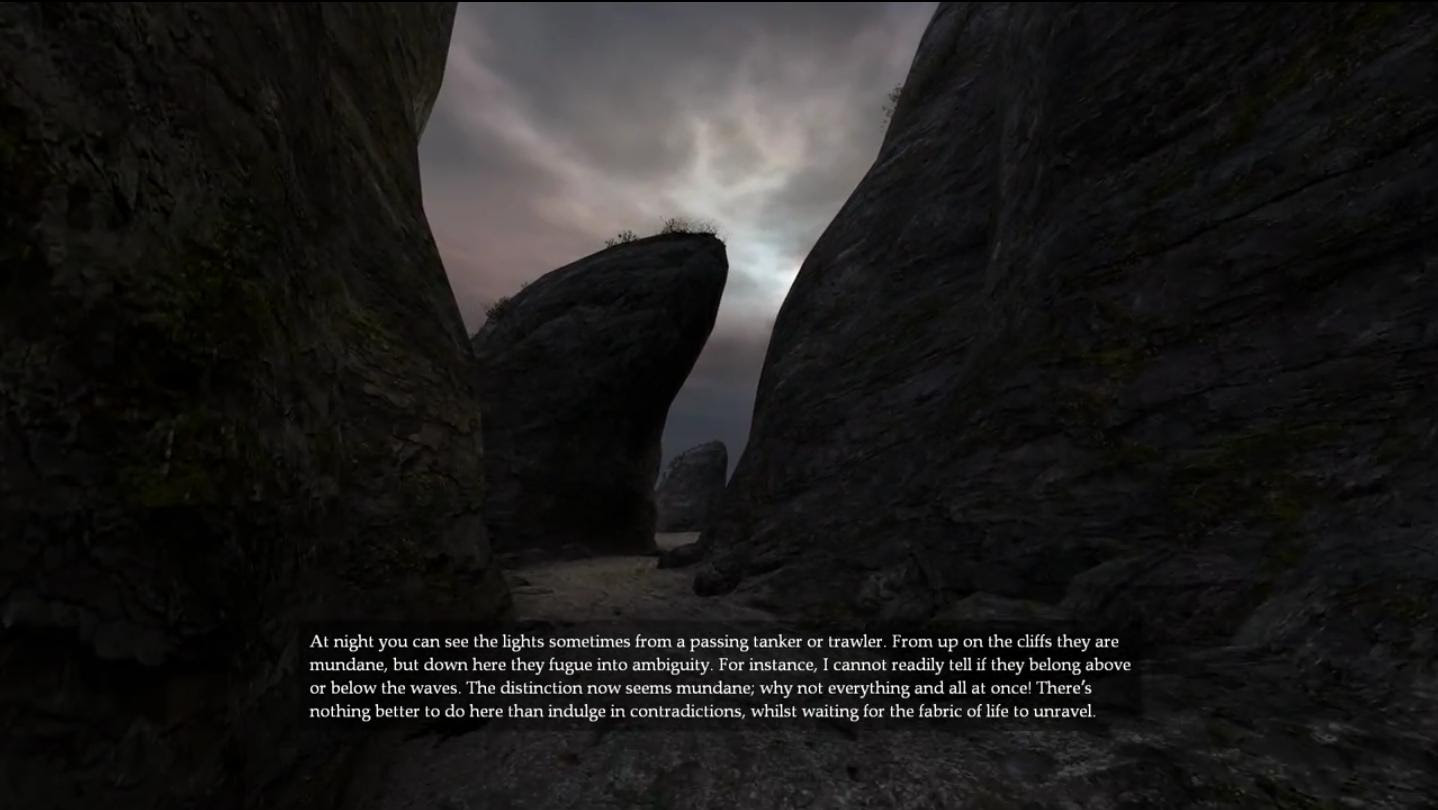 Gameplay is more than just the 'interactive bits' where you press buttons. It's a milieu. It's everything. I see no reason to distinguish between cut scenes and combat and story and menus and loading screens as either play or not play when all of them come together to contribute to my experience with a game. Gameplay/non-gameplay elements. The distinction is mundane. Indulge in contradictions! Why not everything all at once!
Posted by Brendan Keogh at 7:07 PM 3 comments