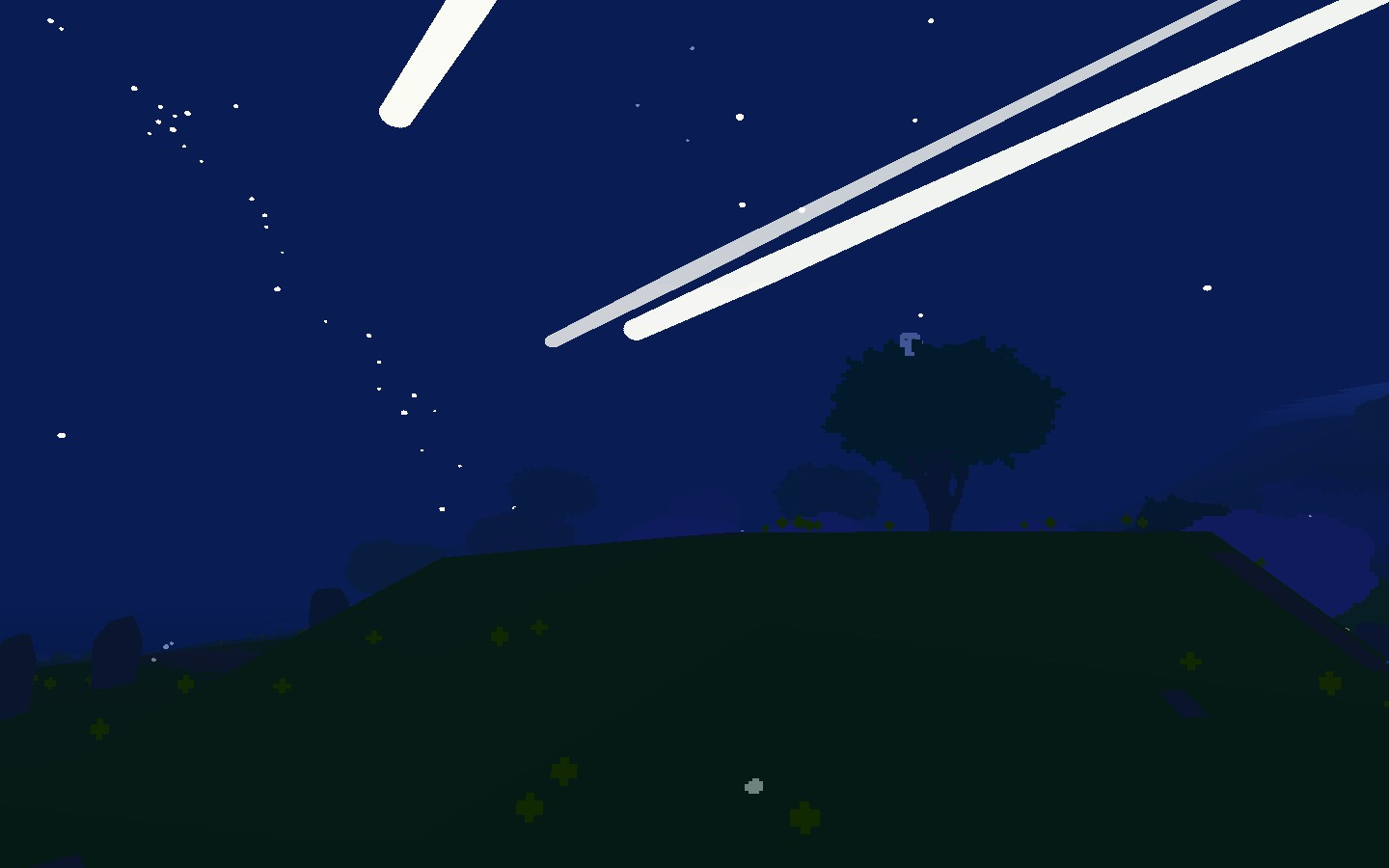 So Harry Lee and Chad Toprak organising these lecture-like things the last couple of weeks. If you don't know Harry, he is an incredibly intelligent and engaging game designer who creates the most delightful games. He also studies medicine. He also co-directs the Freeplay Independent Games Festival. He's an all-round pretty great guy who you should be keeping an eye on if you dig videogames. Chad, meanwhile, makes all kinds of whacky things at RMIT's Exertion Game Lab. He is also an all-round pretty great guy but I don't think Kotaku have posted a profile about him before.

Harry asked me last week if I'd like to give a small talk as part of these lecture-like things that he is doing. I had probably been saying ridiculous things on Twitter that day and suggested I could do something about the whole un-games/non-games monicker. Specifically, why I hate the idea of some videogames being labelled non-games or un-games on both a linguistic and a political level.

So I gave a small rant about that to my impressionable audience. And since this same discussion has been rearing its ugly head on Twitter time and time again since Proteus's release (often entirely my own fault) about a week ago, I thought I'd record it and put it online.

Before you go "URGH" (too late, right?), I am not engaging in the "what is game?" debate so much as actively decrying its very existence as something that is damaging to our medium (which, yes, okay, is a kind of engagement with the debate). As something that both jars with how language actually works and which, usually unintentionally, excludes a whole range of experiences and identities that happen with videogames.

But yes. I am not going to defend those points here. I am just going to point to the recording and say it is there if you want it. I will note that I am not a particularly great public speaker, so there are a lot of 'ums' and 'likes' and embarrassing ableist adjectives sparked by nervousness that I apologise for (feel free to comment on this post about how 'stupid' isn't ableist so I can delete said comment). Also, things go off on a tangent at one point as I made the thoughtless mistake of thinking I could use QTEs as an unproblematic example of something. Sorry about that!

But yes. As I told the audience, this was more of a rant and a musing of half-formed ideas than a well thought-out lecture, and I welcome your challenges to things I say that perhaps could use some clarification.

Anyway. Here is the talk if you want it. I call it "On So-Called 'Ungames' (in scare-quotes) And Why You Don't Need To Define 'Videogames' (And Why You Can't Define It Anyway So Stop Trying Already)". It is 25 minutes long. Enjoy!

(tl;dl: 'videogames' is a tree that is constantly growing in all directions, not a static box that all videogames have to fit inside)

Merritt Kopas (Lim) on how "non-game" is gendered: mkopas.net/2012/07/on-the-non-game/
A recent, fascinating article on how 'traditional' games depict movement as easy and unproblematic while queer games present it as difficult and full of hurdles, reflecting the identities of the makers of these games: borderhouseblog.com/?p=10113
An article I wrote on Edge last year where I spoke to the developers of Proteus, Dear Esther, and Journey about redefining videogames: http://www.edge-online.com/features/redefining-videogame/
Posted by Brendan Keogh at 12:46 AM

Hold it, a throwaway RPS-ism by a snooty Pom is now an academic term?

I agree with just about everything you have said, in my mind the word 'game' can be used in such broad terms that the question "Is Proteus/Dear Esther a game?" never formed in my mind.

Not only do I fundamentally disagree with your point, but as a queer person I'm pretty pissed about you conflating defining videogames with queer oppression. My struggles are not yours as a straight cis dudebro to trot out in defense of your preferred hobby.

Even if you were justified in doing that (you aren't), you could only get there by paving over the contributions of queer people to traditional, systems-driven videogames, and ignoring the queer people who see videogames as an opportunity to express themselves, rather than making do with the representation than some designer decides they're allowed to have. Or do queer people only actually exist to you when you want to exploit them in the name of devaluing opposing arguments?

I sincerely apologise if anything I said suggested that I was trivialising your struggles. I tried to stress (though I clearly didn't stress well enough) that just because 'un-game' is a kind of discrimination via definition doesn't necessarily put it on the same level as other discriminatory practises. So I apologise for that.

Your second point is well heard, too. Certainly, not all queer game developers have an obligation to make 'queer games' that go against the status quo of traditional games. That is indeed something I could (and probably should) have stressed as well.

Though, I stand by the fact that traditional, rigid conceptualisations of what is a videogame typically privilege experiences and identities (of both players and creators) that are predominately cis, straight, male, and possessing a high degree of computer literacy (so probably also quite economically well off). And consequentially, many queer identities and experiences are excluded from the discourses and knowledge around videogames.

Is defining videogames as important to the world as battling the oppression of queer (and all other marginalised) people? No, of course not. And if I suggested that, I truly apologise. But the discussions and debates that try to define videogames very often do oppress some queer (and marginalised) identities. And that is why I have an issue with the discussion. Because I do believe it is oppressive.

Again, I apologise if my poor wording suggested I was reappropriating your struggles. That was never my intention. If you can spare the time, I would welcome a response to this comment if you still disagree with my clarifications.

Also, I would be interested in your opinions on Merritt Kopas's piece that I link to at the end of the post. It was quite influential in my own opinions on the topic.

Thanks for the response, Brendan.

I've encountered the Merritt Kopas piece before, and I pretty strongly disagree with what it has to say. I think that it also has a tendency to ignore the presence of queer people in game design (as well as the fact that a great many designers of traditional games are Japanese, not white), simply because those videogames largely shuck trad. notions of authorship - the argument seems to be predicated on the idea that there is a queer way to design systems or program that is different from the way a straight, cis person would*. Furthermore, it ignores the fact that modern "ungames" (a term that I wholeheartedly support, but not under any circumstances think should be used as a qualitative judgement) have their formal roots in the adventure games of the predominantly white, not-queer designers at Sierra and Lucasarts.

I think it's fair to say that videogames as a business marginalise queer people, but that has everything to do with capitalism and nothing at all to do with design theory. But even within that framework, it's the "gamier" products that give marginalised groups agency to create representation where there is none, not the less interactive ones.

As to the matter of using oppression as an analogy, I think it consistently reads as a call to authority to prop up an argument that's been poorly thought-out (your piece comes just days after Alec Meer at RPS likened the use of "ungame" to telling people to sit at the back of the bus). That defining games is necessarily a matter of including some things and excluding others I take to be self-evident, as I assume most people will. But to compare it to robbing entire groups of people of their human rights is a false equivalence, and one deployed with abandon lately to cast opposing arguments in terms of bigotry that doesn't exist from where I'm sitting, and in doing so cheapens those same groups' fight for what is theirs. That you stressed that false equivalence is good, but I still can't really see a situation where I think that the link should be drawn at all.

Certainly, you've made it clear that there was no malice in your statement, and I don't speak for any queer person but myself, but I'd personally like it if the comparison was drawn less often and less lightly - not just by you, but by everyone involved in the debate.

Again, thanks for the time taken and the apology.

*I'd point to Dani Bunten Berry in particular, a transgender game designer who focused more-or-less exclusively on emergent, systems-based game design at the expense of linear narrative.

When I wander into Gamestop looking for a game, I'm after a specific kind of product. Something with skills to gain, challenges to overcome, that sort of thing. So if something like Dear Esther was marketed as a game, and I bought it, I would be sorely disappointed.

Should a game store sell Dear Esther? Sure. They sell non-game software, and game-related non-software as well. I don't expect the t-shirts they sell to be games, or the toys, or the magazines, etc to be games. But if it's on the game shelves, it better be a game from the consumer perspective.

even from a consumer perspective, I'm not sure to understand how it is so important. When I'm shopping for a game (or a book, or a movie, or any kind of entertainment), I'm looking first and foremost for a good experience. Let's imagine some miracle happens and Proteus suddenly appears in a Gamestop's store: if I buy it without knowing exactly what it is, assuming it's a game because, well, I'm in a Gamestop, will I really be disappointed when I find that there is no challenge in Proteus? This (not)game is close enough to a "normal" game (which other media offers to explore a virtual 3D space?), and I get a unique and fulfilling experience out of it, so why would I complain? And if I'm bored by this lack of challenge, as a consumer I should know beforehand what kind of product I'm buying. Again, Proteus is close enough to a normal game so that its place in a game's store is not incoherent, just like John Cage's 4:33 has his place on a CD in a music store, even though, strictly speaking, it's not music (or Debord's Hurlements en faveur de Sade or Derek Jarman's Blue are movies, even though there's no images).

Definitions are important from an academic standpoint, as long as we are aware that all definitions of something as vague as "game" are necessarily biased (all definitions serve to prove a pre-defined argument on what kind of games are relevant to the academic's views).