Yesterday I posted Part One of my 2010 retrospective where I am just writing a few paragraphs about the games I played this past year. Yesterday I covered Bioshock 2, Mass Effect 2, Minecraft, Sleep is Death, and Halo Reach. Part Two continues with games in no particular order. 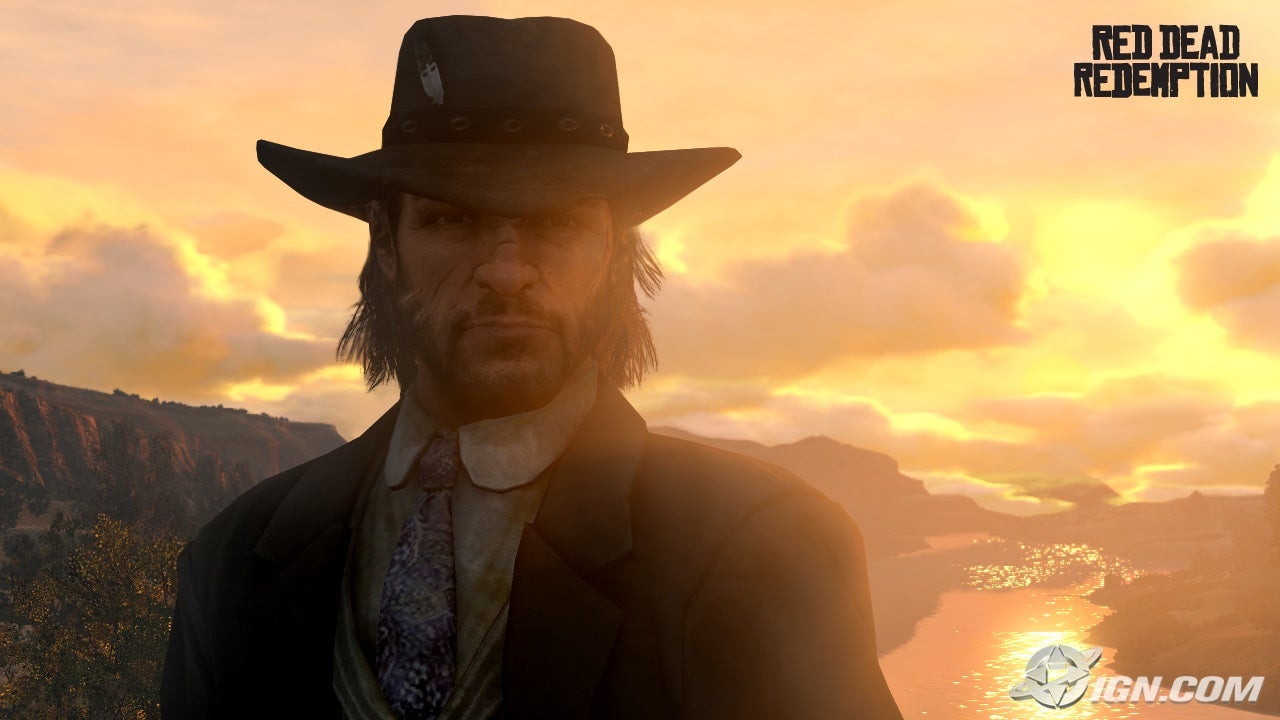 Red Dead Redemption was easily my most anticipated game of 2010. No one can suck me in with a series of pre-release trailers like Rockstar. Grand Theft Auto IV is still my favourite game of this generation of consoles and the simple idea of 'GTA on horses' was enough to get me excited--as much as Rockstar urged that Red Dead Redemption was more than that. I was looking forward to the same level of incredible world-building, unforgettable characters, and biting dialogue (and hopefully without the same juvenile, gutter-trash dialogue).

My expectations were not surpassed so much as rendered null. In many ways, Red Dead Redemption is just GTA with horses, but in many other ways it is completely different. The characters are more plausible (if rarely any more likeable). The overall tone is more mature. The world is staggeringly beautiful in a way completely unlike Liberty City. Often I would just pause atop a mountain, mid-mission, just to watch the clouds over the plains.

The game does fall down in many of the same places Grand Theft Auto IV did. While many of the characters were more tolerable, few are likable. Rockstar's obsession with satire has rendered another world of empty, despicable characters. Then there is the notorious trek into Mexico where both the story and pacing go off the rails before the games final part brings things back together for one of my all time favourite game endings.

Red Dead Redemption was also responsible for some stunning pieces of games writing this year, too. Michael Abbott's battle with Armadillo's anti-semite shopkeeper was an early favourite. Another great piece of writing seems to have disappeared from the internet, I am afraid. I distinctly remember reading this piece where a player was playing as a pacifist, walking around a multiplayer free-roam map just tracking wildlife and being murdered by more violently-inclined players. If anyone knows the piece I am talking about, I would greatly appreciate a heads up in the comments. EDIT: If anyone can track down a piece of games writing on the internet, it is Ben Abraham, and he came through for me this time. Here is the piece I was thinking of: "Call of the Wild West" by Brendan Caldwell.

Another great indie title for 2010, VVVVVV is a straightforward platformer that takes the core mechanic (jumping) and tweaks it to completely change how you approach the game. Instead of jumping, in VVVVVV you flip. When the flip key is pressed, the character falls up until they hit the ceiling, where they will stay until you flip back and fall down to the floor. In the same vein as Portal, this change meant that I had to completely rethink how I approached puzzles that I had already solved a dozen times in previous platformers with a simple jump.

The game's presentation is slick, too. I can understand if some people have had enough of the latest retro trend, but VVVVVV's 8-bit graphics and chiptune soundtrack is stunning. It is on Steam these days, too. Strongly recommend you check it out if you are yet to.

An interesting and memorable little browser-based game that forces you to make decision and then live with them. In a way, One Chance is a perma-death experiment. Every decision you make is final. You cannot restart; you cannot try again. And when you complete the game, that is it; you cannot start again.

Interesting, that I found a game that I spent little more than a quarter-hour playing memorable enough to including on an end-of-year list. Or perhaps that isn't surprising at all. When games force the player to live with their decisions, the player will have a more meaningful experience, just as Minecraft forces the player to perpetually move forward in time.

When faced with permanent consequences, you might be surprised by the decisions you make. It has a few bugs, but generally runs quite smoothly. It will only take about ten minutes to play and is really worth trying out.

I almost missed this one. When it first came out, I played the demo, enjoyed it, but not enough to consider buying the full game. This last fortnight, though, I found it on sale and decided it was time. The story is terrible and the voice-acting even worse (what is with that woman in charge of the communist faction?) but the game beneath it is crazy fun.

Overall, the game feels like San Andreas combined with the rope tool of Garry's Mod. What makes the game work is its systems. Everything is tweaked in just a way to ensure cool stuff always happens. For instance, when you leap off a car and open your parachute, the car will only need the smallest impact to explode and add some extra drama to your escape. Or, my personal favourite: maybe two missions into the game I was being chased by men in jeeps. I did not expect it would work, but I tried to use my grappling hook to anchor one jeep to the road. Sure enough, the jeep lurched forward to forward-flipped onto its roof. There is little more satisfying in a videogame than when you think "I wonder if..." and then you actually can.

The central play-style of the game is also well-treated by the the fiction. The story of mercenaries and agencies is disposable, but the central concept of having to cause chaos to unlock missions and weapons ties in well with the sandbox 'dicking around' themes of the game.

Not that you need the motivation, just moving is fun. Jumping from a helicopter to land on a motorbike to then leap off just as it explodes into a service station as you leap onto the front of another car and then back up into another helicopter is just pure, rollicking fun. How long it will remain fun without a story worth caring about, however, I can't yet say.

Nels Anderson has a great post about the absurdity and possible campness of Just Cause 2, which I enjoyed reading many months before I played the game. I never enjoyed Devil May Cry or Bayonetta. I don't dislike them, mind you. I can appreciate that both are very slick games, but I just don't enjoy them. So I was very excited when I tried the Vanquish demo and actually enjoyed it. It's a fresh take on the cover shooter in that it punishes you for staying still--an odd move when your central mechanic is taking cover.

The star of the game is not the cover system or the guns or the horribly cliche characters, but the suit that will have you boosting, cartwheeling, sliding, and throwing oversized missiles back at oversized mechs. Interestingly, you do not acquire upgrades for the suit as the game progresses. You finish the game capable of nothing you could not have achieved at the start of the game. Rather, it is your understanding of the suit and what you can do with it that must improve. The stead learning curve complements this nicely and by the end of the game you will be darting around like an expert, ready to begin again on the next difficulty setting.

Similar to Just Cause 2, the story is an absurd throwaway... perhaps. I have a theory that Vanquish's story is not cliche so much as it is a deliberate, tongue-in-cheek parody of western videogame tropes. I have a half-written blog about this that I will hopefully get finished in the new year if I ever get the time to say it. Suffice to say, I'm not sure if Vanquish is the Japanese response to the Western shooter, or the Japanese pointing and laughing at the Western shooter. Perhaps a little of each.


And that is Part Two and five more games down. Unless I think of more that I have forgotten in the next couple of days, I will have ten more games across two more parts in the coming days.
Posted by Brendan Keogh at 3:05 AM